Ghazals & Thumris from the musical heart of Budapest 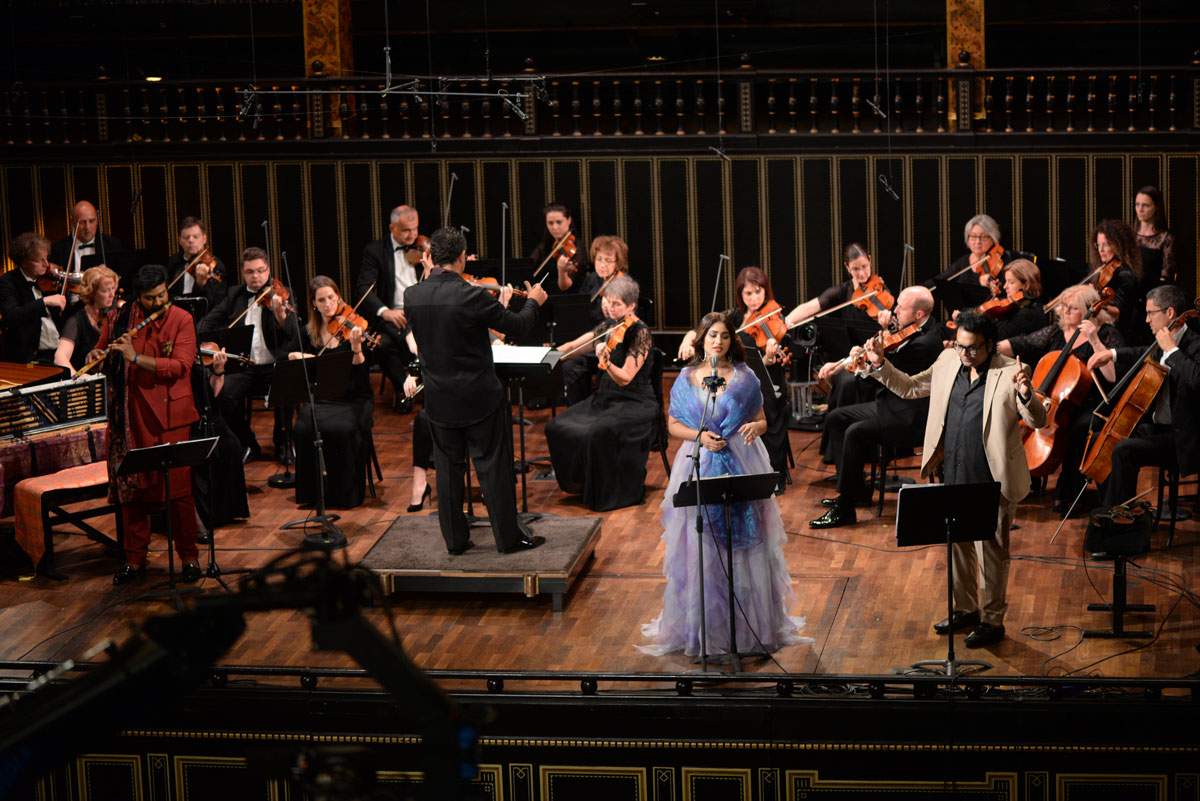 From the musical heart of Budapest’s Liszt Academy, Indian star vocalist, Pratibha Singh Baghel stands centre-stage in the Grand Hall wearing a magnificent blue and white dress which gently sways as she moves closer to the microphone, preparing to sing. Conductor Kálmán Szennai readies The Budapest Symphony Orchestra, while violin virtuoso Deepak Pandit is moments away from bringing compositions and melodies to fruition that he has poured his creative genius into. On stage, the musicians prepare to give magical life to one of the oldest forms of poetry, ghazals.

‘Ghazals & Thumris From The Musical Heart Of Budapest’ is a beautiful fusion of Indian ghazals and romantic songs or thumris, with European orchestration. Composed and produced by one of India’s most respected violin virtuosos, Deepak
Pandit, ‘Ghazals & Thumris From The Musical Heart Of Budapest’ brings together a rare combination of musicians and lead vocalists. The celebrated Indian film singer, Pratibha Singh Baghel and Indian Idol star, Kavya Limaye are accompanied by the full power and finesse of the Budapest Symphony Orchestra and master guest musicians.

Ghazals – pronounced ‘guzzle’ – belong to a genre of poetry and are not a musical form yet lend themselves to being performed in either a classical format with minimal musical accompaniment or, as on ‘Ghazals &amp; Thumris From The Musical Heart Of Budapest’, arranged to be sung with an orchestra. Featuring a collection from India’s finest ghazals, romantic thumris and film songs, the album presents themes of joy, sorrow, love, loss and separation as well as the bhajan or devotional song ‘Krishna’.

The making of ‘Ghazals &amp; Thumris From The Musical Heart Of Budapest’ was a dream come true for visionary composer, Deepak Pandit. Supported by the Sufiscore music label, Deepak was able to bring his full creative vision to light with the excellence of the Budapest Symphony Orchestra. A creative team of more than forty musicians, singers, sound engineers and film technicians collaborated to simultaneously perform and record the songs as both an album and film project. As Deepak Pandit says,“I really enjoyed working on this project as all the musicians and singers from both India and Budapest were outstanding. I have recorded the Budapest symphony in a couple of my albums in the recent past, they are highly professional, passionate and skilful. Your life becomes easier when you know the music you have created will be played with utmost perfection specially as we performed live.”

Pratibha Singh Baghel’s golden voice weaves an emotional landscape throughout ‘Ghazals & Thumris From The Musical Heart Of Budapest’. As the album’s lead vocalist, Pratibha delivers the perfect balance of warmth and intensity for songs. The opening ghazal on the album is ‘Ajab Anna Haal Hota’ – If Only We Had Been Together, was written during the ‘Golden Era’ of Urdu poetry by the 19th century poet, Nawab Mirza Khan Daagh Dehlvi. In this ghazal, Daagh Dehlvi ponders how he would be if he were to actually experience union with his beloved.

The ghazal ‘Lutf Wo Ishq Mein’ – The Joys & Sorrows Of Love brings together many elements central to the album: Pratibha Singh Bhagel’s vocals, bansuri flautist master, Paras Nath; pianist Santosh Mulekar; Gaurav Vaswani on keyboards, tabla master Prashant Sonagra with Swaranjay Dhumal on percussion. ‘Lutf Wo Ishq Mein’ was also penned by the revered poet, Daagh Dehlvi. Thumris expressing both joy and sorrow also feature on ‘Ghazals &amp; Thumris From The Musical Heart Of Budapest’ including Pratibha Singh Baghel’s emotive performance on ‘More Angana’ – Joyous Love Pouring Down On Me, in which a young woman newly in love anticipates marital bliss pouring down like rain.

Indian reality TV star, Kavya Limaye, a finalist on ‘The Voice India Kids’ and participant in Season 13 of SonyLIV’s Indian Idol is now a well-established vocal star. Kavya Limaye performs on ‘Aisa lagta hai’ – You Seem To Be My Life and the devotional song or bhajan ‘Krishna’ – Lord Krishna. Penned by the 20th century Indian poet Bashir Badr, ‘Aisa lagta hai’ follows a theme of hope and joy that comes from a new love. ‘Aisa lagta hai’ was originally composed and popularised by the legendary Indian ghazal singer, composer and musician, Jagjit Singh.

Film songs in South Asia have always absorbed some of the best material from classical, folk as well as many well-known ghazals and other forms of Urdu poetry. Pratibha Singh Baghel shines on the album’s film songs: ‘Ae Dil Kisi Ki Yaad Mein’ – The Restless Heart and ‘Ganga’. ‘Ae Dil Kisi Ki Yaad Mein’ was penned by the late, renowned Pakistani Urdu poet, Qateel Shifai and originally featured in the 1963 film, ‘Ik Tera Sahara’. Ganga’ was penned by the Indian poet and filmmaker, Dr. Bhupen Hazarika and featured in the 2003 action-drama film ‘Gangajal’. The song questions why the river goes on flowing in the midst of so much suffering.

All the tracks on ‘Ghazals & Thumris From The Musical Heart Of Budapest’ feature the majestic sounds of the Budapest Symphony Orchestra conducted by Kálmán Szennai. Established in 1945 by the Hungarian State Railways, the Budapest Symphony Orchestra has developed an international reputation with performances at prestigious venues from Vienna’s Große Musikvereinssaal, The Philharmonie Berlin to Amsterdam’s The Concertgebouw. Sufiscore assembled a team of creative experts with one purpose: to create a beautiful and lasting piece of ghazal history in the heart of Budapest, and in this they have succeeded admirably. ‘Ghazals & Thumris From The Musical Heart Of Budapest’ releases internationally through Sufiscore on the 27th January, 2023. 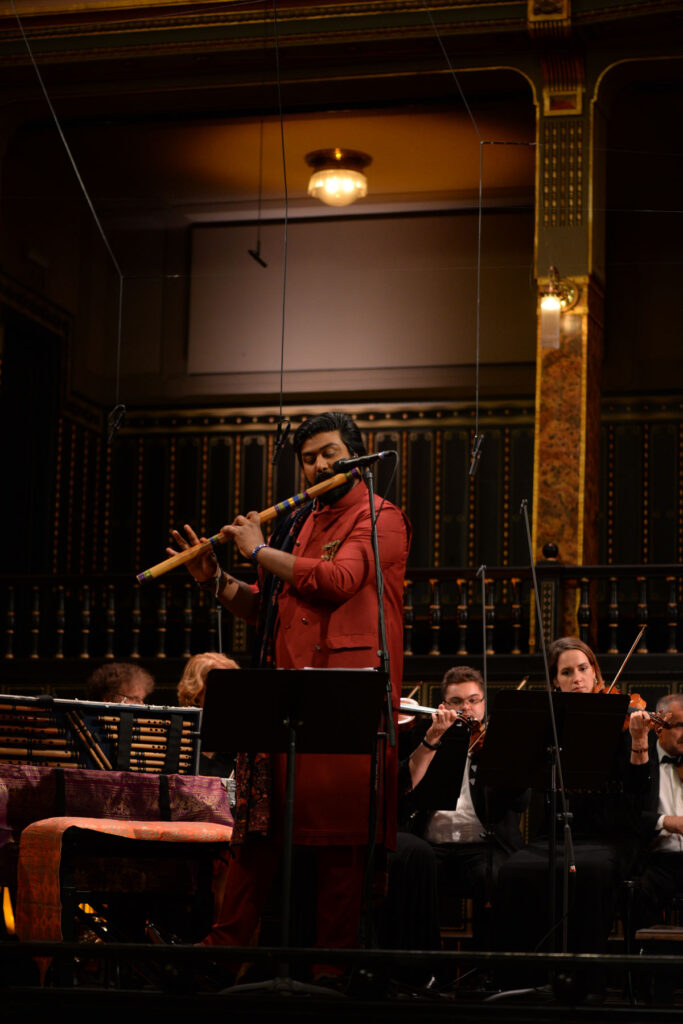 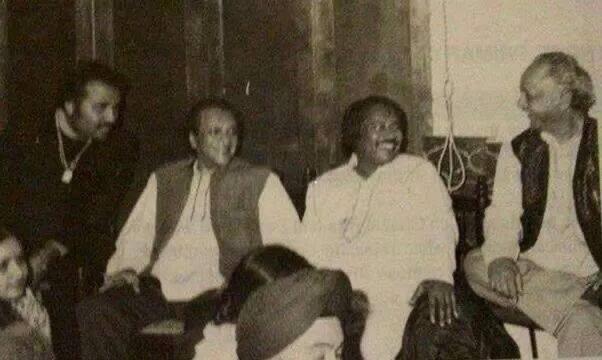